How our conservation team treated a turtle soup tureen

When you work with The Colonial Williamsburg Foundation’s art collection, it’s hard not to develop a favorite. One of the objects I find most enchanting is a turtle soup tureen (1991-693,A) that has been on display at the DeWitt Wallace Decorative Arts Museum in the Henry H. Weldon Gallery’s “Revolution in Taste” exhibition since 2006. Named “Sir Reginald” by the person who donated him to the Foundation, the piece is both shaped like a sea turtle and intended to hold turtle soup.

This soup tureen, made in early-19th-century England, is shaped out of fused silver plate, also known as “old Sheffield plate.” Fused silver plate, before it is made into an object, is a metal sheet that has a copper core with a thin layer of sterling silver on one or both sides. This sheet can then be formed into an object that looks like solid silver, but at a fraction of the cost. This means that — though the discerning eye can tell that he is not — Sir Reginald looks like he is made completely of silver. Unfortunately, silver tarnishes. That is where conservation can help. 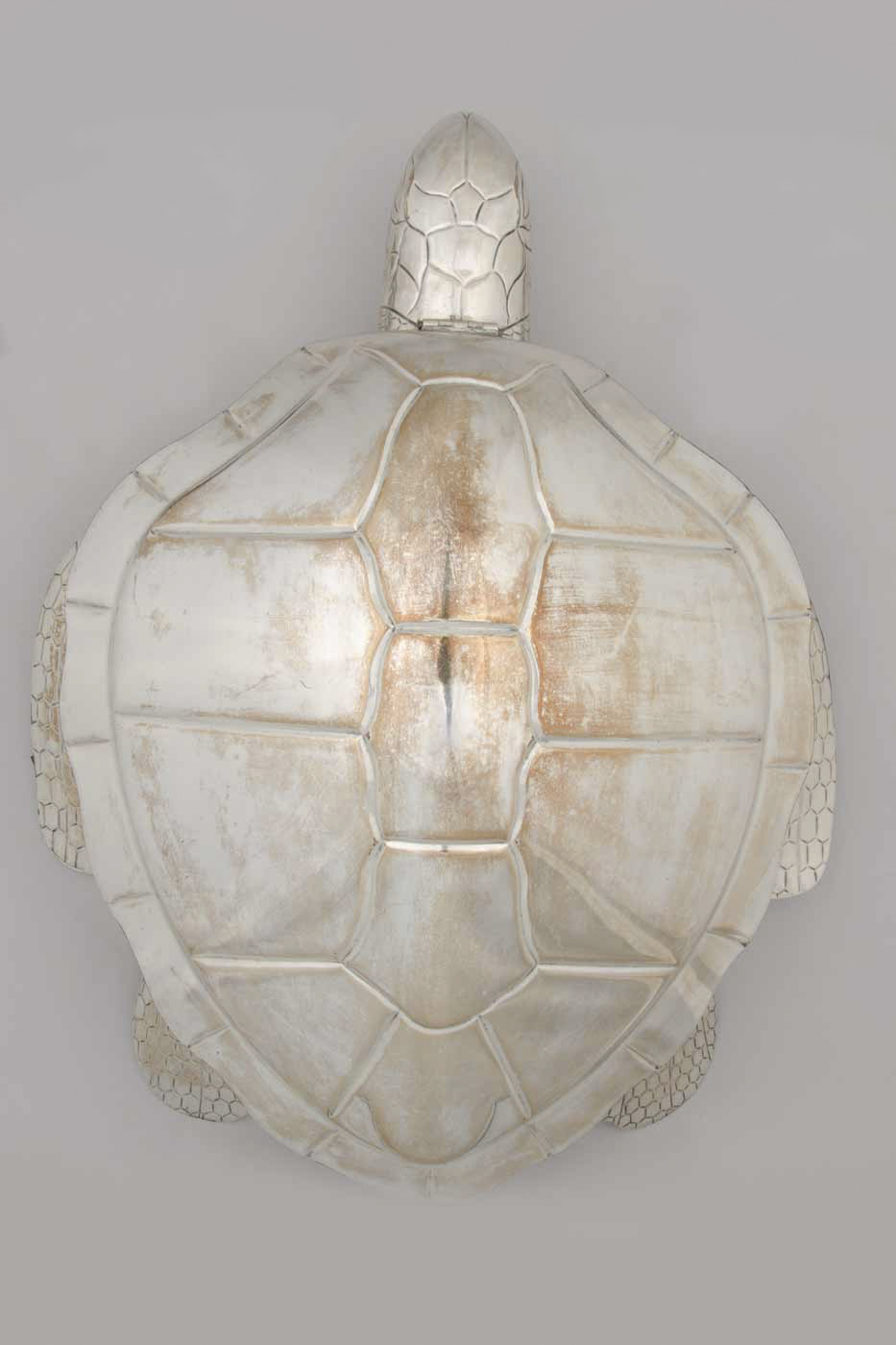 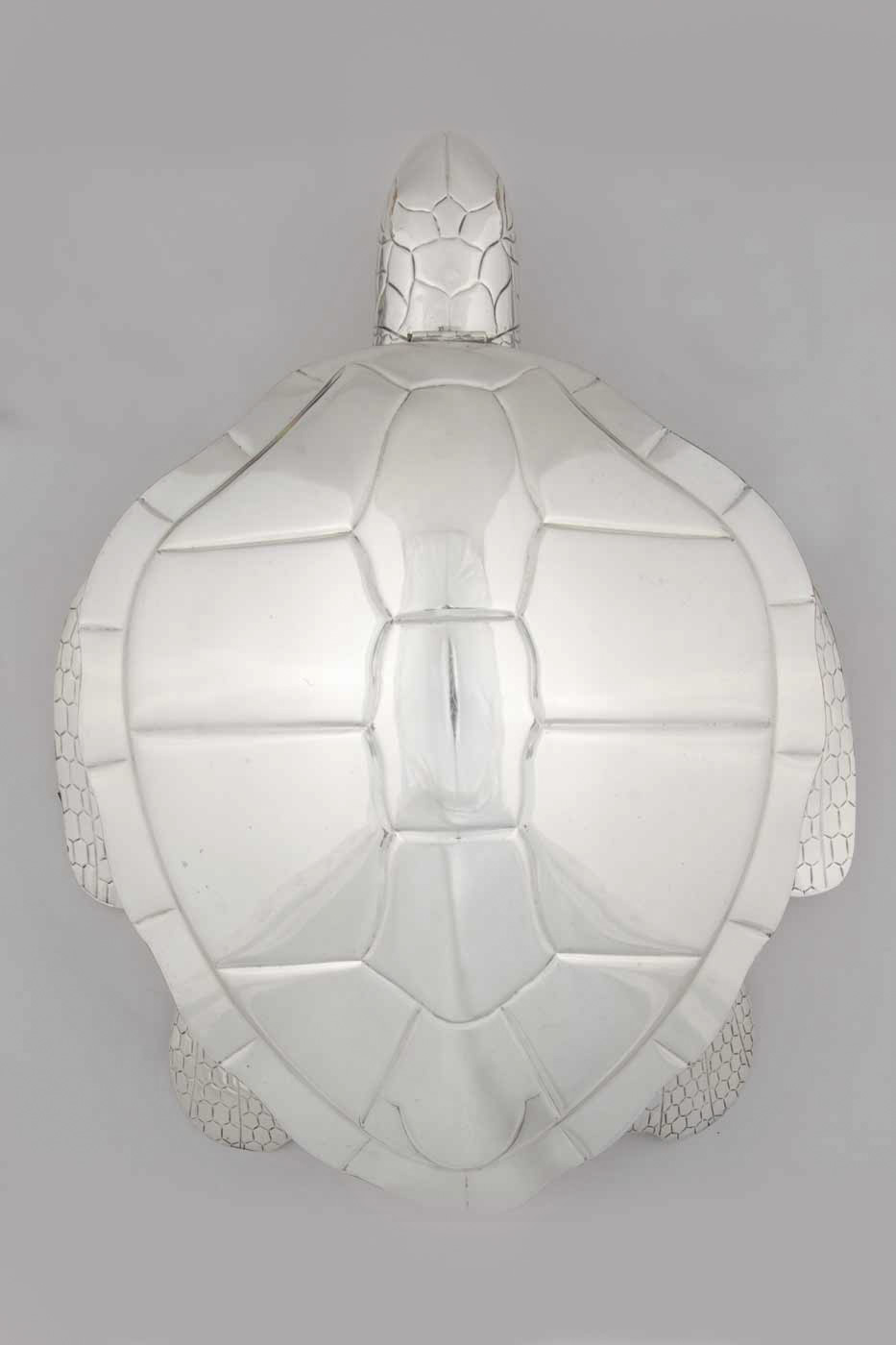 When silver tarnishes it is actually the development of a layer of corrosion caused by interactions with chemical compounds in the air, often sulfur. Polishing silver removes a thin surface layer of the original metal from the object, so it is preferable to polish as infrequently as possible. Instead, we lacquer silver objects to prevent tarnishing and delaying the need for polishing for more than ten years. Lacquers are not durable enough to withstand use in a home, but in a museum environment they can be a great solution. As the lacquer begins to fail, it discolors and tarnish can begin to form. This is the state Sir Reginald had reached when he came into the Objects Conservation Lab in early 2019.

Lacquered when he joined the Revolution in Taste exhibition 13 years ago, Sir Reginald’s protective coating showed signs of beginning to break down and discolor. We have a gallery maintenance program and staff that, among other things, keeps the conservators informed about the state of objects on display. This team first documented Sir Reginald’s need for re-treatment. Sir Reginald is a popular object and is highlighted on guided tours at the museum, so it was important to communicate with program staff to determine the best time to take him temporarily off exhibit. Finally, the senior preparator/art handler is in charge of transporting the object to the Bruton Heights Collections and Conservation building, which is separate from the museum. So you can see, even getting this treatment started required the collaboration of many people and departments!

Once in the Objects Conservation Lab, Sir Reginald’s treatment could commence. The first step in treatment is always taking photographic documentation and a thorough visual examination of condition. Then, I removed the hinge pin between the lid and the body, so that I could treat the two halves separately without the worry of missing hard-to-reach locations. 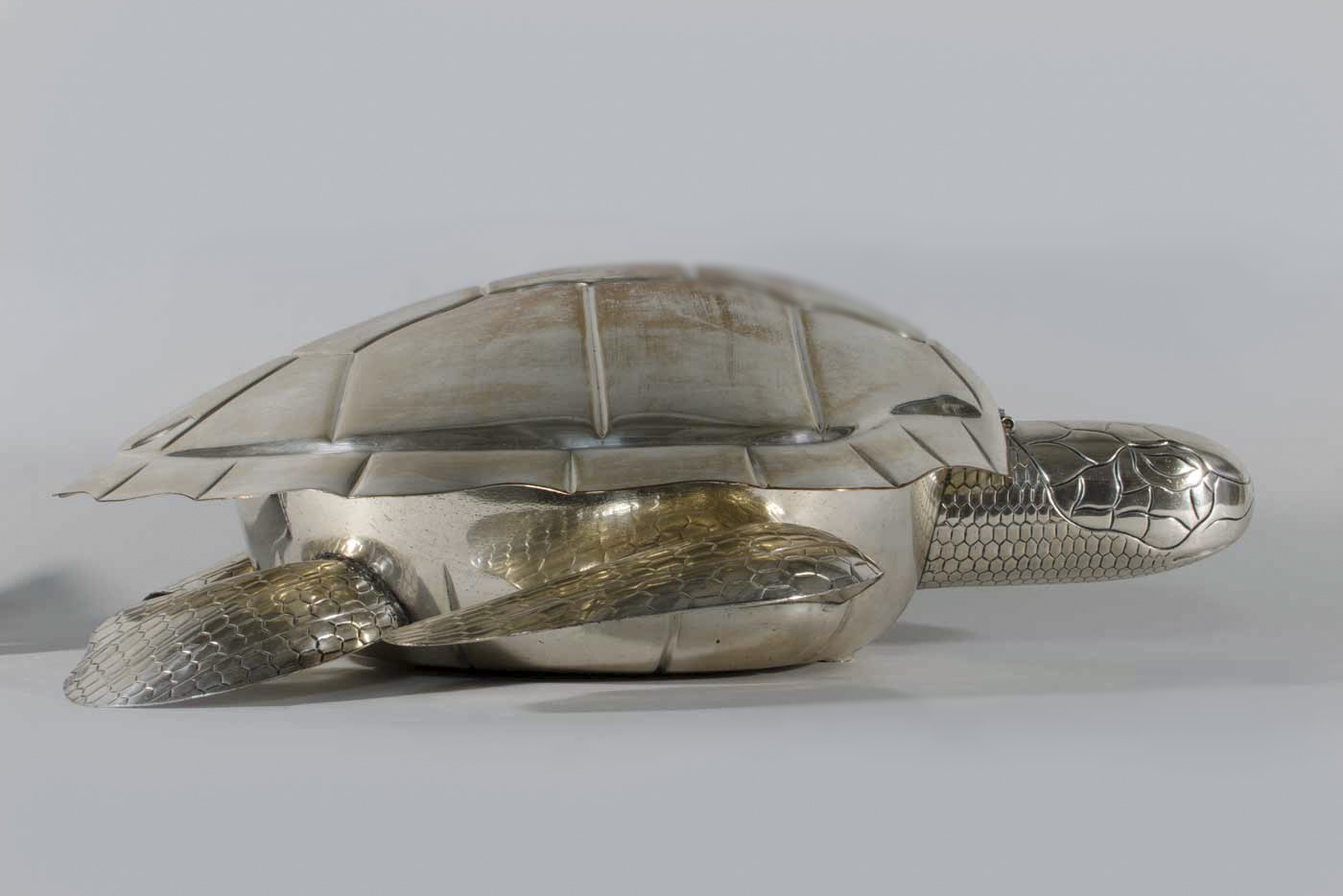 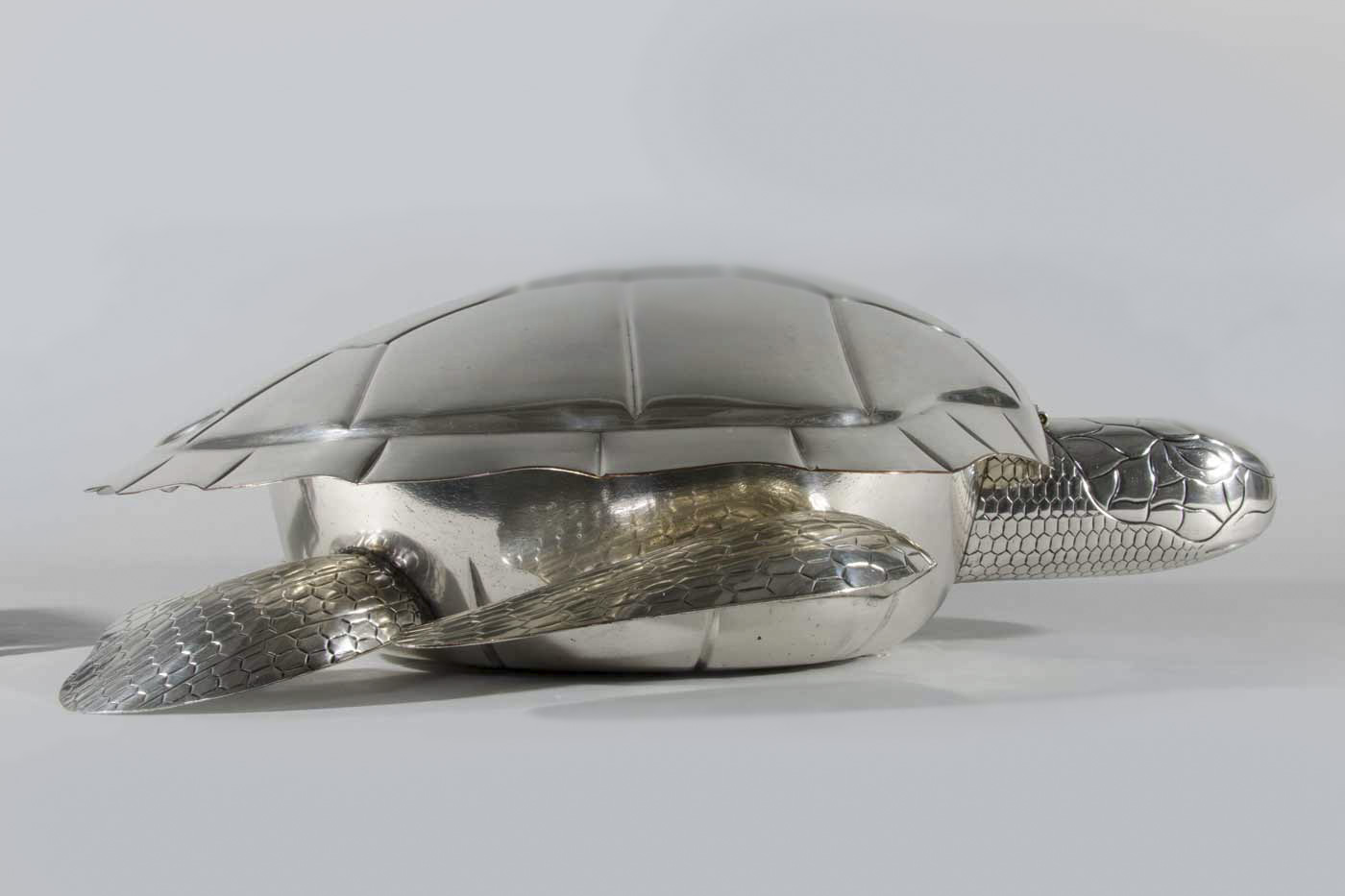 In the lab, I used steam to remove the old coating. This method produces less waste than other options involving solvents. Then, I lightly polished and cleaned Sir Reginald to ensure his next coating would stick well. The lacquer we use for silver is a cellulose nitrate-based coating, which is preferably applied with a spray gun in order to achieve an even and clear layer, protecting the object while hardly appearing visible to viewers. This coating is not very durable, so after the two parts of the soup tureen were lacquered, we set them aside for at least two weeks to make sure the lacquer was fully cured. Only then could we replace the hinge pin, take after-treatment photography, and return the object to its place in the museum.

You can see Sir Reginald on display today on the second floor of the DeWitt Wallace Decorative Arts Museum, practically swimming through his display case!

Visit the art museums with your admission ticket to see Sir Reginald in person.

Cassia Balogh is a graduate intern in the Objects Conservation Lab as part of the pursuit of her Master’s degree from the Winterthur/University of Delaware Program in Art Conservation. She has been treating a variety of materials from the Foundation, including silver, ceramics, toys, weapons, and a clock movement. Cassia enjoys reading, DIY home improvement, and painting watercolor portraits in her spare time.