The Colonial Williamsburg Foundation is proud to offer a limited number of scholarships to attend the Annual Antiques Forum. In addition to exposing students and emerging museum professionals to high quality programs and expert speakers, this was clearly a smart investment for the world of decorative arts and material culture. How do we know? Because five of this year’s speakers at the 72nd Antiques Forum are past scholarship recipients.

Scholarship reviewers over the years have been wise to recognize great potential in these now-experts in their fields. Meet these speakers and learn what you’ll hear from them at the five-day forum, February 21 – 25, 2020. 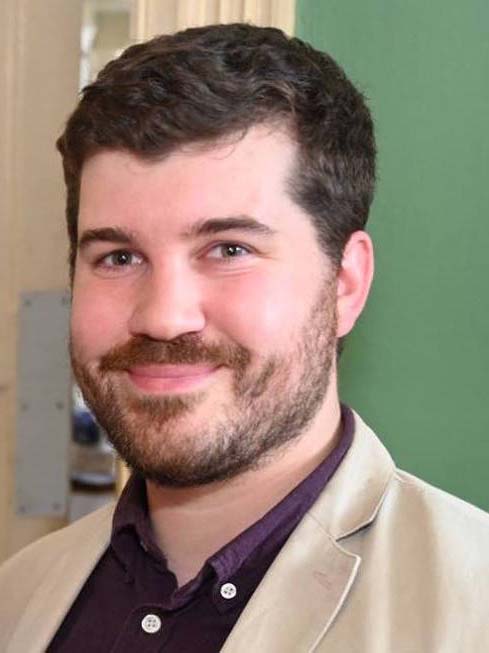 A graduate of the College of William and Mary and the Winterthur Program in American Material Culture, Philippe Halbert entered the doctoral program in history of art at Yale University in 2015. He is presently completing his dissertation, entitled “Louisiana Purchases: Consumption, Complexion, and Creolization in Colonial New Orleans.” A contributing editor at The Junto Blog since 2018, he is part of a team of graduate students and junior faculty dedicated to promoting scholarship and general interest in early American history. Halbert has held a variety of curatorial positions and internships at institutions including the Louvre, the US Department of State in Paris, the J. Paul Getty Museum, the Yale University Art Gallery, and Colonial Williamsburg. 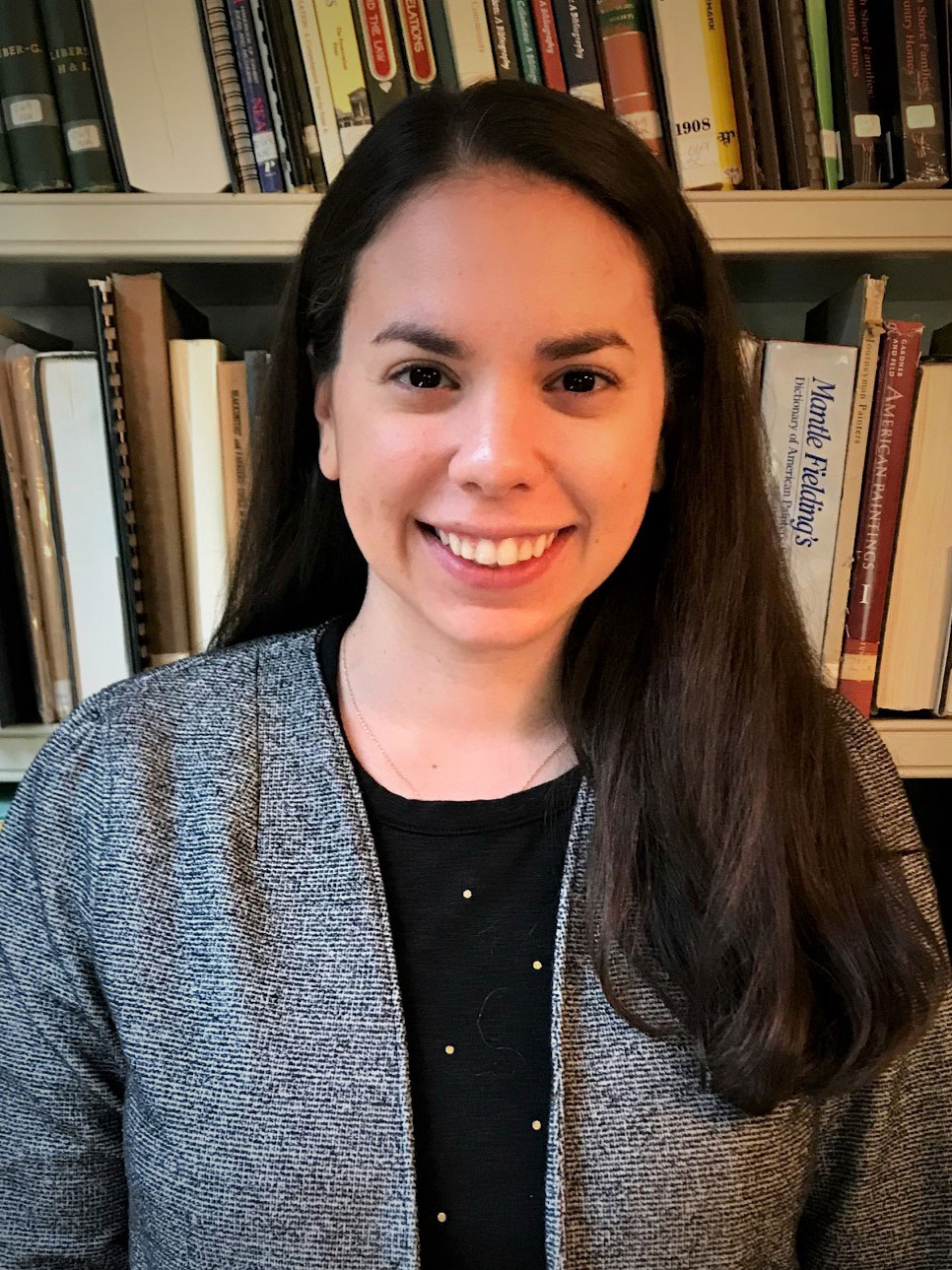 Lauren Brincat received her B.A. in history and anthropology from the College of William and Mary and her M.A. in American Material Culture from the Winterthur Program in American Material Culture. Sge is also a graduate of the Attingham Summer School. Brincat’s thesis, “John Bowne's Flushing: Material Life on a Dutch Frontier, 1645-1711,” investigated material consumption and cultural interaction among western Long Island's Dutch, Quaker, Huguenot, and Matinecock inhabitants during the seventeenth century. Prior to joining Preservation Long Island, Brincat was the assistant curator of decorative arts at the New York Historical Society where she co-curated the redesigned Luce Center for the Study of American Culture, focusing on Dutch New York, cabinetmaker Duncan Phyfe, and slavery in New York. Lauren's research interests include 17th- and 18th-century domestic life and interiors, the social and cultural history of New Netherland, and Long Island decorative arts.

Attendees will hear from Brincat on Saturday, February 22 at 2:00 p.m. with her talk, “Material Culture and Decorative Arts in Dutch New York Homes,” sponsored by NIAHD 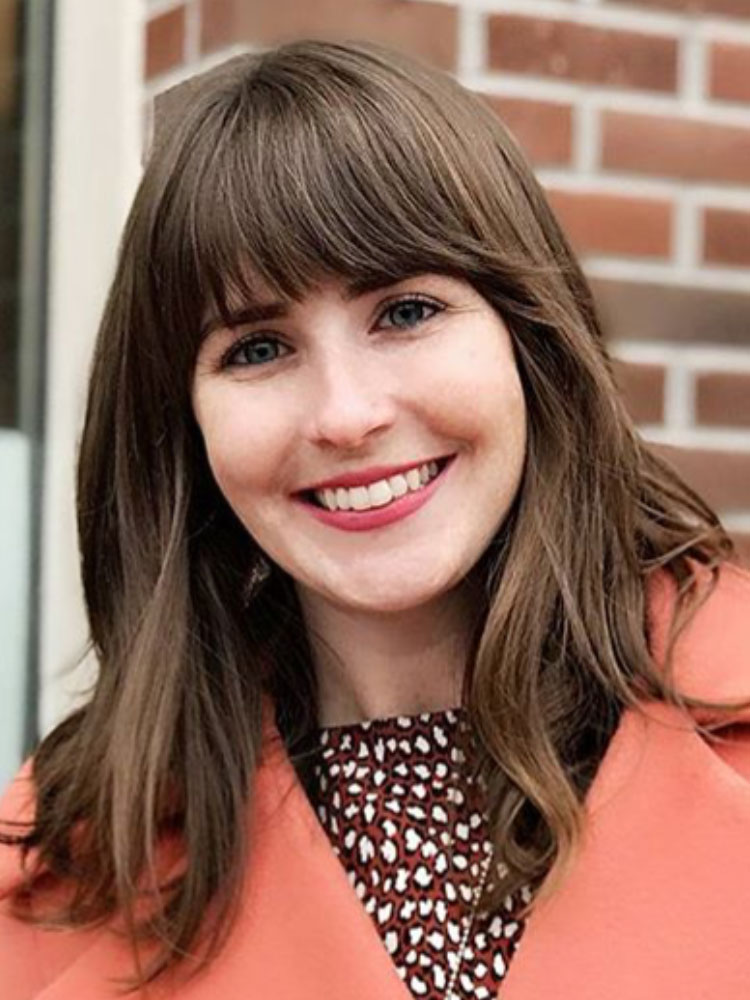 Katie McKinney is the Assistant Curator of Maps and Prints at Colonial Williamsburg where she oversees the graphics collections. She holds a master’s degree from the Winterthur Program in American Material Culture at the University of Delaware and a B.A. in art history and history from James Madison University. Katie has also held positions at Monticello and Sotheby’s. McKinney has participated in the Historic Deerfield Summer Fellowship, The Classical Institute of the South’s Summer Field Study, and the Museum of Early Southern Decorative Arts Summer Institute.

Learn about “Picturing the Walls: Maps and Prints in the Eighteenth-Century Chesapeake Home” with McKinney on Sunday, February 23 at 9:30 a.m. This lecture is generously underwritten by Brunk Auctions. 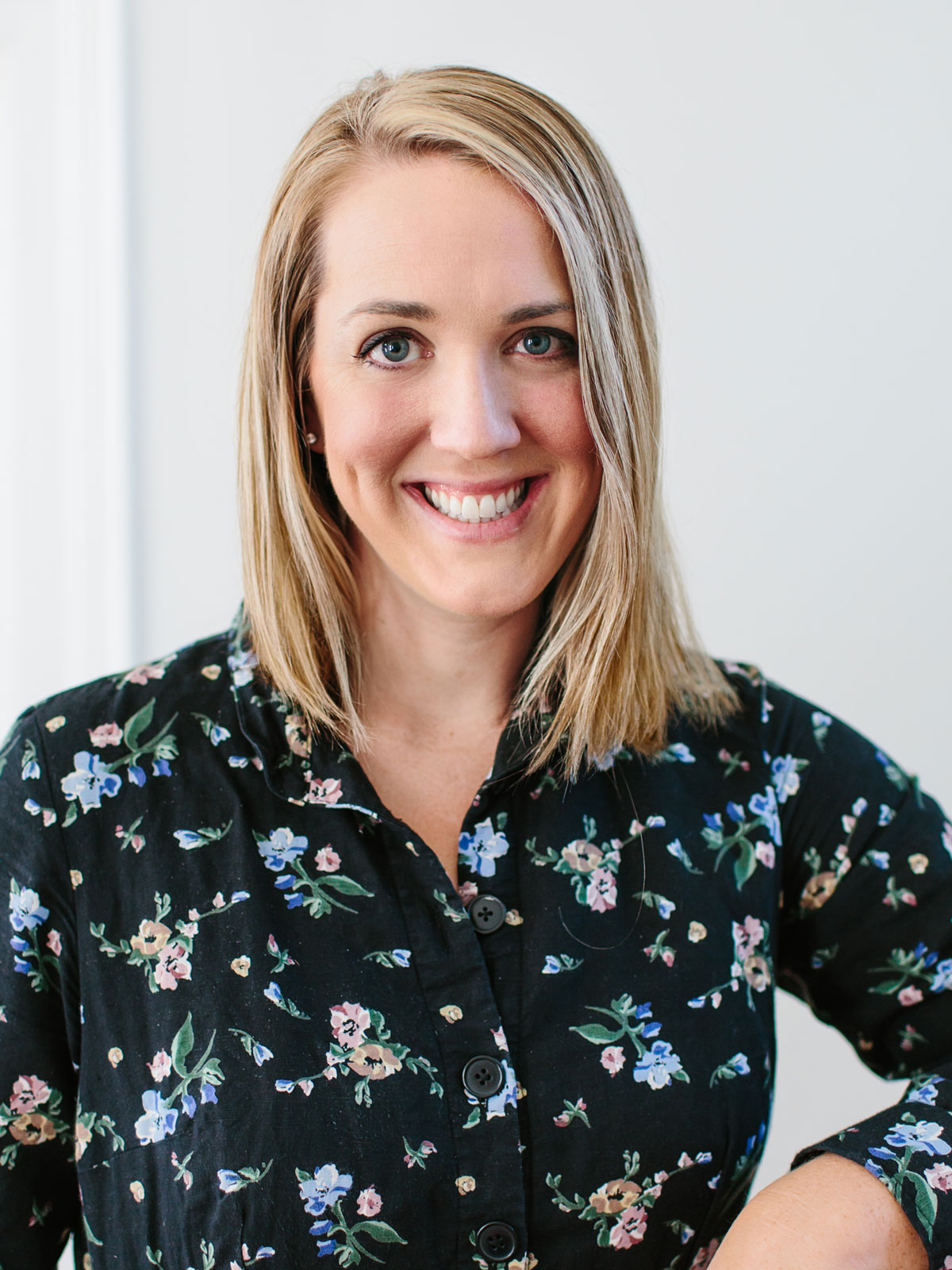 Lauren Northup is Director of Museums for Historic Charleston Foundation. She holds a B.A. in English and art history from the University of North Carolina-Chapel Hill and an M.A. in art history from the University of St. Andrews, Scotland. Northup served as manager of the Nathaniel Russell House Museum from 2012 to 2014, collections manager from 2014-2016, and accepted her current position as director of museums in 2016. Prior to her work at HCF, she served as Curator of Collections at the Hermitage Museum in Virginia, the Fife Folk Museum in Ceres, Scotland, and the Biltmore Estate in Asheville, North Carolina. She worked in the valuations department at Bonhams Auctioneers in Edinburgh, Scotland, while doing her graduate work in the decorative arts at the University of St. Andrews. She is also aproud alumna of the Attingham Trust Summer School, New York Study Programme, and London House Course. 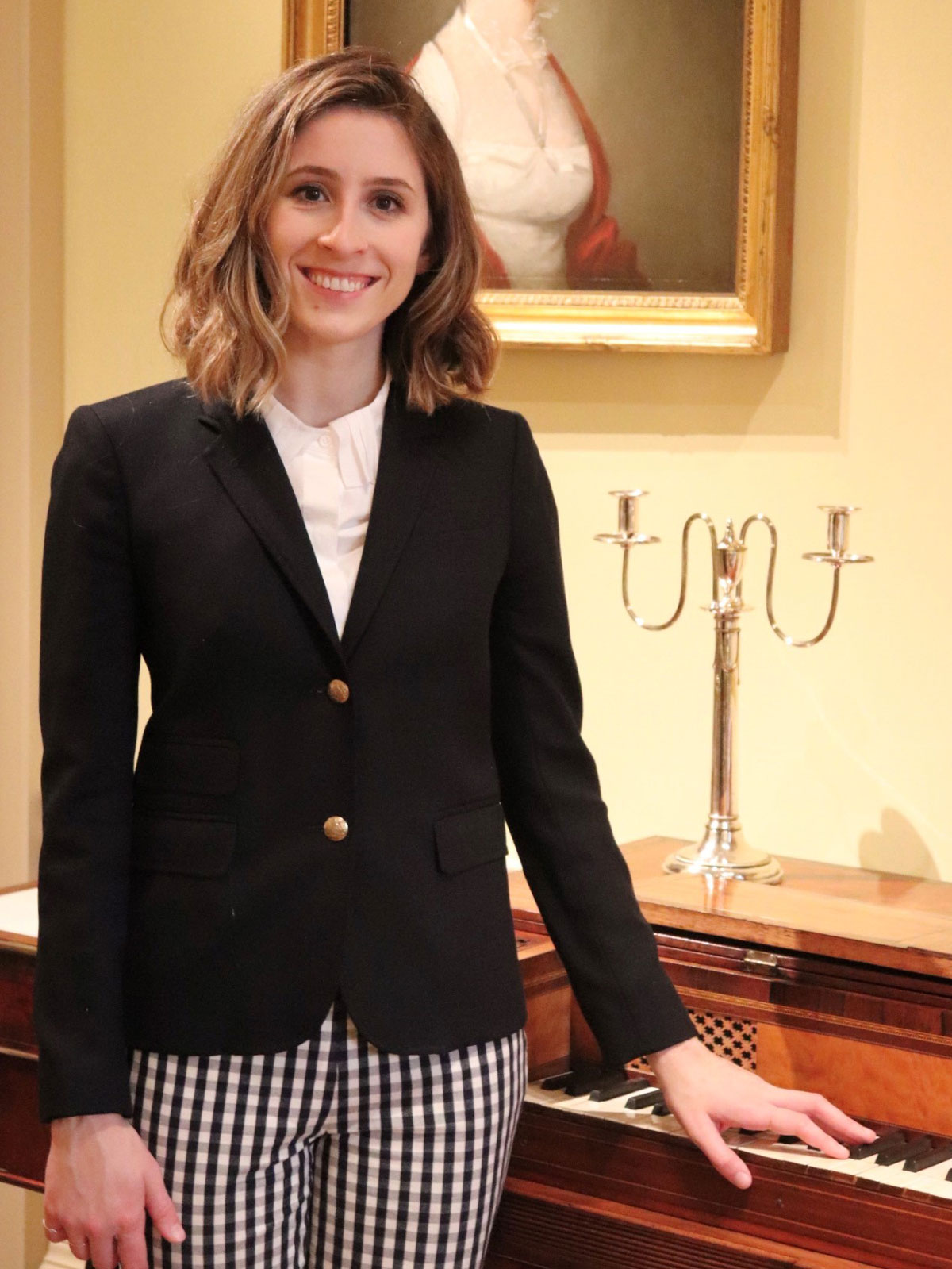 Alexandra Cade currently serves as the Executive Director of the Carolina Music Museum in Greenville, South Carolina, and is a scholar of the material culture of music, education, and tourism in the early American South. A native of Philadelphia, Alexandra attended the Winterthur Program in American Material Culture at the University of Delaware, where she studied historic soundscapes and the intersections between amateurism and craftsmanship in nineteenth century American square pianos. In addition to her time at Winterthur, Alexandra served as the apprentice harpsichord maker at Colonial Williamsburg and has completed research fellowships at the Canterbury Shaker Village and the Museum of Early Southern Decorative Art’s Summer Institute. Alexandra also holds undergraduate degrees in viola performance and history from the Eastman School of Music and University of Rochester.

Registrants are invited to join Cade for a presentation on “Itinerant Musicians and Music Teachers in the Early American South” including a performance with Colonial Williamsburg Musicians on period instruments on Monday, February 24 at either 2:00 p.m. or 3:00 p.m.

These five scholarship recipients have made quite the names for themselves, progressing in their field with passion and curiosity. Want to join their ranks? Students enrolled in an art history, history, American studies, museum studies, or related program in the decorative arts, conservation or historic preservation field, or emerging museum professionals employed by a fine art, decorative arts, or history museum should click here to learn more and apply. Applications are due December 20.

Hear from these five speakers and 25 others at the 72nd Annual Antiques Forum, February 21-25, 2020. This year’s theme “The American Home” is sure to enthrall as we did into decorative arts, architecture, and landscape to re-examine the American home and its many inhabitants.